Plat du Jour October 24, 2012: California’s Prop 37 and How to be a Portland Celebrity Chef

On this late October Wednesday, a week from Halloween and opening night of the World Series, appropriately for the World Series starting in San Francisco the Michelin Guide announced its 2013 stars for San Francisco and the Bay Area. The city still does not have any restaurants with three stars, though the Napa Valley’s gastronomic temples The Restaurant at Meadowood and The French Laundry retained their trio of stars. Six total restaurants have two stars, four of whom are in the city. 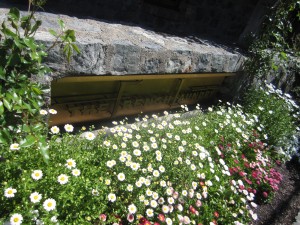 At first glance, you certainly notice that the Michelin inspectors must love elaborate, artistic plating landscapes and molecular gastronomy with Atelier Crenn and Baumé receiving two stars, despite not being universally adored by local critics. Meanwhile many of the city’s more traditional Italian and French influenced stalwarts such as Quince, Masa’s, Michael Mina, and Gary Danko (certainly not deserving of two stars) remain at the single star line.

Congratulations to all the winners!

Staying in California, it’s less than two weeks until Election Day, and one of the state’s most debated propositions is a food related one.Prop 37 if passed would require for food companies to label products with genetically modified ingredients. We’ll delve into the pros and cons of this issue next week, along with other food related election issues. So far with Prop 37, many chefs nationwide have offered their support in approving the mandatory labeling of these ingredients.

If you’re a Portland, Oregon chef, here is The Portland Monthly‘s fascinating, winding, tattoo and homemade charcuterie path to the bright lights across the country in New York (obviously a nod to Pok Pok’s Andy Ricker and Atera’s Matthew Lightner who have made the trek this past year). Make sure to read the whole issue, certain to convince you like a visit to Portland convinced me that there may be no finer city to eat (and drink) than the Rose City. Not too certain would foraged bark would taste like…slightly woody?

And finally since we’re in the heart of Autumn, let’s have some pumpkin-free recipes. Serious Eats this week presented some of the New York restaurant Gramercy’s Tavern’s excellent new cocktails for the season, complete with pictures and recipes by beverage director Juliette Pope.

No jinxing the Giants, but with the team leading Game 1 of the World Series 5-0, I might just go craft a “Man About Town” now and cheers to Barry Zito’s superb performance and San Francisco’s iconic Man About Town, Herb Caen.

This entry was posted on October 24, 2012 by trevsbistro. It was filed under Insight, Portland, San Francisco .