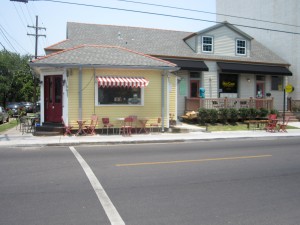 Between the Garden District to the east and Audobon Park to the west, Magazine Street has become the go to destination for galleries and boutique shopping in New Orleans, a 180 degree turn from the shops and bars of the French Quarter. Fortunately for shoppers and everybody else, Magazine Street happens to be a top tier dining thoroughfare as well. The gentrified stretch runs from feeling very much like you’re in the South towards the east end, through the hipper Touro area, and an almost Californian vibe arrives towards the west (perhaps because there is a Pinkberry there and Velvet serves Intelligentsia coffee?).

Starting on that west end, Velvet is a sliver of a cafe, where a massive painting of Johnny Depp’s The Mad Hatter will stare at you as you sip an outstanding drip coffee from Intelligentsia beans or hands down the best espresso in New Orleans from Portland’s Stumptown beans. Across the street is a massive Whole Foods Market, inside a former bus barn, and what just might be the most impressively stocked Whole Foods I have visited to date. Across from Whole Foods, get a workout in at Romney Pilates…not certain if there is any relation to the Republican presidential candidate or not.

A few blocks south reside the essential snow ball stop, Hansen’s Sno-Bliz, along with the po-boys at Domilise’s, and power dining at the legendary Clancy’s. Further north along Freret are some of the country’s best cocktails at Cure, intriguing sausages at Dat Dog, Neopolitan pizza at Ancora, and burgers that draw lines for The Company Burger.

Back down on Magazine, cruising the boutiques to the east, stop for a coffee at the Jefferson intersection branch of CC Community Coffee. They’re everywhere in New Orleans and beloved by the city. Grab some chocolates at Lolli’s or a dollar beer during Saints game at the Le Bon Temps Roule. Matt Farmer’s French-Cajun cooking in a cute cottage at Apolline is a very worthy stop for dinner, as is the similar in style, but much more hyped Lilette, from one of New Orleans’ famed chefs, John Harris, which resides further east. Near Napoleon Avenue, Casamento’s provides the city with the classic oyster loaf (not a po-boy!) and excellent oysters on the half shell, when in season. Alas, it’s not true oyster season, so Casamento’s is closed. Nearby is La Petite Grocery, one of New Orleans’ most impressive courtyards and excellent New French cuisine. Also, a new offshoot from Houston, Magasin serves contemporary Vietnamese in chic surroundings. 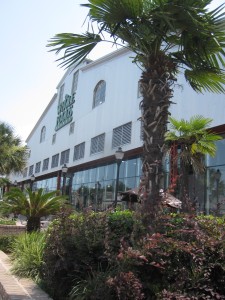 Forgive the Popeyes Chicken as you enter the heaviest concentration of galleries leading to Baru Bistro, Lilette, and Lilette’s new sibling, the Bouligny Tavern (more a wine bar-bistro than Lilette with terrific cocktails). Grab a bottle of rosé at Martin Wine Cellar, a po-boy from Mahony’s, and have a picnic. At the Garden District east end, sample some tapas at Salu, a red velvet cake or a croissant at Sucré, and a lovely courtyard lunch or dinner at Coquette. Or you can go for the grand brunch or dinner a few blocks north of Coquette along Washington at Commander’s Palace. 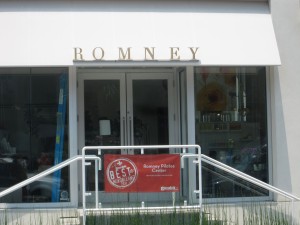 For shopping then dining then drinking then repeat the cycle all day, Magazine Street is the avenue to stroll along.

This entry was posted on June 4, 2012 by trevsbistro. It was filed under Neighborhood of the Week, New Orleans .