It’s been an exciting, hectic start to 2013, which explains why the final end of 2012/start of 2013 article hasn’t been published until…nearly 1/12 the way into 2013 already. This week we’ll visit The French Laundry, breweries in Colorado, and all sorts of dining adventures in the always exciting Rose City of Portland, Oregon. But first, let’s look into that crystal ball for what we hope to see in this new year. Finally, after the next 13 paragraphs, 2013 can officially get under way.

So much of the produce debate the past couple of years has been about the importance of organic produce, local produce, and in a perfectly sustainable and healthful world, organic- local produce. Led by Michelle Obama’s “Let’s Move” campaign to cut down obesity in the country and Alice Waters’ “Edible Schoolyard” program to bring more wholesome, nutritious lunches to schools, this is the year to conquer the major food and agriculture issue of our time. No, it’s not how to eat organic kale from one town away. It’s about making fruits, vegetables, whole grains, and other produce not only more accessible, but much, much more affordable. Why eat a salad when you can have a cheeseburger at 1/4 of the price? Yes, it’s mentality and taste both play a pivotal part in how we eat and why we eat, leading to a big chunk of the obesity problem.

However, the real root, as it is for so many other issues, is price. Somehow, whether it’s with subsidies or increased supply, produce need to be affordable for much more of the population or we’re in for more trouble.

Have you heard of the craft beer movement? Probably. How about craft cocktails courtesy of the mixology movement? Certainly. We all love a great Double IPA and a perfectly balanced riff on a Manhattan. But at the end of the day, let’s toast with a glass of wine again, or at least more often than the past few years. Fortunately, intriguing wine bars are opening up again, the wine snob label is disappearing, and all sorts of lesser known varietals and regions are being embraced by the drinking public. Let’s keep this up. More wines from Slovenia, please.

Even at a certain well known, spectacular gastronomic destination in Yountville, California (more about this place tomorrow), everything was flawless except…the hostess never smiled. And this is certainly not the only restaurant where the host stand welcomes diners with all the love of hugging a porcupine. This is the hospitality industry. The host should be excited to welcome you to their dining room. The first impression often is the lasting impression. Unfortunately, only a diminutive percentage of hosts and hostesses know how to organize a dinner service, let alone to smile at you when you step in the door. On the bright side, there are enough restaurants with consummate hosts who do embrace having you join them that we don’t need to return to the places that don’t smile.

On a side note, please, please restaurants that don’t take reservations– at least write our phone numbers down so that we aren’t stuck just sitting at the bar. Waiting and drinking because you’re waiting is for airports. 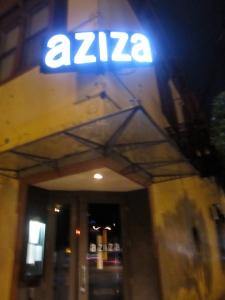 I’ve written this wish for at least the past five years and yet it still hasn’t flourished as the new “it” cuisine. Don’t worry, 2013 will be the year. Here in San Francisco, Mourad Lahlou continues to put his California twist on Moroccan cuisine that provides some of the city’s most riveting meals. Eskender Aseged is showing real talent at his new restaurant in the city, Radio Africa. Los Angeles and Washington D.C. both have sensational Ethiopian restaurants in their Little Ethiopia neighborhoods. This will be the year I know that chefs put their unique spins on African cuisines, like what David Chang’s Momofuku restaurants have done for Southeast Asian cuisines. Hopefully by year’s end, we’ll know the intricacies of Nigerian cuisine and mafe like how we’ve studied the cuisine of Thailand and the various styles of pho.

5. Enough With Yelp Being a Restaurant Reviews Source

5 stars. This place is AWESOME. But the bathroom is ugly!

I think I’d trust another source than Yelp and social media for choosing where to dine out. Please, do us all a favor and trust the professionals. It’s amazing the effort and research they put into their craft. Embrace it.

Sustainable and responsible practices are critical right now in all areas of the food world. We hear it most often with meats and produce. It’s time to get serious about sustainable fishing. There are plenty of fish in the sea…until they’re all gone.

This isn’t an argument for or against chef’s tasting menus, which seems to be the current debate in vogue at the start of 2013. This is about focusing a menu to be manageable for both the diners and the kitchen staff. Enough with the menus boasting 40 choices in six complicated categories such as “Snacks” or “Tastes,” or “From the Sea.” Let’s focus on what the kitchen can really master with the freshest of ingredients on hand. My rule of thumb always is that a party of five should be able to eat almost the entire menu. It’s a two way street– the diners need to be more welcoming to the chef’s ideas and open to the ingredients they use. If you don’t trust the chef, why go to the restaurants anyways? 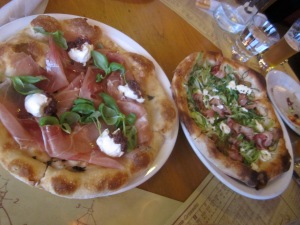 Hey, who doesn’t love a great pizza or burger? But we’ve reached that critical moment in the decade-long spruced up comfort food movement where we’re getting perilously close to the saturation point for gastropubs and wood-fired pizzerias. It’s about the actual burger and the actual pizza, it’s not about just having a burger and a pizza oven. Too many ho-hum renditions and copy cats of the masters abound. It’s stifling creativity. Seriously, grilled cheese sandwiches are fine, but even college kids can do interesting versions of them.

We’ve moved on from the molten chocolate cake years to…what exactly? Why is dessert so often skipped? Yes, we often go heavy on the first and second courses, forgetting about the plum crostata at the end of the meal. Yes, dessert has the connotation of being unhealthy and something you’ll feel guilty about later. Moderation, moderation, moderation.

First of all, it’s not a crime to share a dessert, or any dish. Second, oh the possibilities are endless for pastry chefs with techniques and ingredients that can make dessert move unique than savory courses. Whether it’s your morning pastry or a cookie at lunch, or an intriguing take on a Grand Marnier souffle at the end of dinner, dessert has infinite opportunities for growth. And I’m not talking about our waistlines. So, let’s have more exciting desserts, not just another slice of pie for kicks. Let’s just make sure also not to go overboard with serving sizes. Dessert doesn’t always have to taste or look like it is at The Cheesecake Factory. 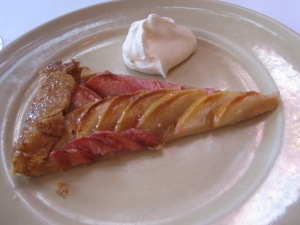 We’re a society that loves its sandwiches and its pastas, while also being a society that fears those scary carbs. The common bread plate is often the most neglected part of the meal, considered filler at the start of a meal. Restaurants frequently put very little thought into the bread they serve, if they even offer bread these days. With gluten free diets becoming more and more in vogue, the very idea of eating bread is in question.

Yet, we can absolutely fall in love with bread by demanding for a higher level of bread, much like they do in France and Scandinavia where good bread is required. When I lived in Paris a few years ago with a local family, not a moment went by without a baguette on the kitchen table. During my recent trip to Scandinavia I couldn’t stop eating the dark, sweet rye in Stockholm, or the whole grain breads in Denmark used as the base for the fantastic smørrebrød (essentially open faced sandwich creations). More and more restaurants are choosing to bake their own bread and charge a small fee for superior bread and butter and olive oil. I’m all for this, just as Frank Bruni of The New York Times wrote he was a staunch advocate for this when the idea was first created. Let’s break more bread together and have it be a terrific baguette or focaccia, too.

This is not a paragraph for the Slow Food Movement. This is about the eating slowly movement. Enjoy. Savor. Talk with your family. Read the newspaper. Eating is not a sport, as much as The Food Network might say otherwise. Yes, it’s a hectic, chaotic world out there, where there’s barely enough time to scarf down a Nutri-Grain bar for lunch. Dinner sometimes just gets in the way of watching “Downton Abbey.”

Hey, let’s take that time and enjoy our meals. Let’s pretend to be in Paris, where there is nothing wrong with a Kir and a book at 3pm in the local café. Not every meal must be a leisurely two hour affair. However, for those of us who seek out good food, let’s spend good time with it.

12. This Isn’t Hollywood…It’s Not About the Drama

Hey, did you see today the hot, exclusive pictures of the new location for the soon to re-open Saison in San Francisco? Did you hear about the latest Gordon Ramsey tirade? How about the latest David Chang expansion news? Or, what outlandish comments did Guy Fiery say last night?

2012 certainly proved to be the year where restaurants and chefs started crossing the line into the entertainment sector. With the expansion of food television and food media in general, the public’s attention now is shifting from the tastes on the plate to the drama of the tastemakers. The food paparazzi now is always abuzz trying to catch glimpses of soon to open restaurants. We dig for gossip about chefs and the most outrageous pork belly filled burgers. Calm down. We can leave the gossip and the drama to the entertainment world. Restaurants are not about the drama. Chefs are not about the drama. Celebrate the restaurants and celebrate the chefs, just there is no need to follow them as if they’re Brad Pitt or Justin Bieber.

13. Stand Up Proudly, There’s Nothing Wrong With Being a Foodie

Finally, I’ll admit for the first time on this website, I’m a foodie. There, it’s written down. The term now seems to carry a negative connotation, essentially being a food snob. We pick and prod at our dishes in restaurants. We seek out the most unique sunchoke dishes and search far and wide for the most intriguing Uzbekistan cuisine inspired bistros. Then we take forever to even start eating our food because we have to take at least five pictures of each dish, each with different angles and lighting.

No, I don’t know what the term is for that activity. A foodie just plain is passionate about…food. There is nothing wrong with that. A foodie cares about what he or she is eating. Someone who is passionate about wine doesn’t mean they’re a wine snob. Just because someone loves good food and good wine doesn’t mean all they seek is vintage Bordeaux and “fancy” dinners at Le Bernardin. Good food and good drink can mean so many different things. Good food and good drink is something many people care deeply about across the world, one of the few connections between every culture. It’s a connection worth celebrating. Be proud of being a foodie, be proud of this deep passion shared by so many others.

This entry was posted on January 21, 2013 by trevsbistro. It was filed under Insight .