Lots of news happened the past few weeks (what meteor?) while your faithful writer was on assignment outside of the country (it is amazing how liberating and efficient each day is when traveling without a phone or computer!). For the purposes of this food and drink savvy audience, of course the big news was last week’s unveiling of the 2013 James Beard Foundation Awards’s restaurant and chef awards semifinalists. The James Beards are considered the “Oscars” of the restaurant world. They are every bit as anticipated by the industry and every bit as controversial. Take your pick as to which is harder: seeing every film made in the year or dining at every restaurant in the country (that would be considered for an award, so Olive Garden doesn’t count).

As a food writer, I’ve probably been to more of the nominated restaurants than the majority of the dining public, but that doesn’t mean I’ve even made a slight dent into the list of semifinalists. I know about most of the chefs and restaurants. I just cannot tell you for instance that Khong River House is a far better experience among the nominated best new restaurants compared to The Whale Wins. I can say that Rich Table would get my vote over Ox and State Bird Provisions, but all of them are very worthy honorees. Maybe The Whale Wins, though, would beat out Rich Table?

The key to take away from this list and the final winners of the James Beard Awards in May is that this is a more a list taking the pulse of the dining scene right now than it is the Olympics awarding legitimate Gold, Silver, and Bronze medals. If the 2012-2013 season for restaurants showed me anything and is demonstrated by the semifinalists, it’s that creative small plates with lots of modern and ethnic flares are most in vogue and can be found all over the country from Mateo Tapas in Durham, N.C. to Bierbeisl on the outskirts of Beverly Hills.

I’m most excited about the “Outstanding Bar Program” category, the only category that seems very focused and accurate, and the one I’ve actually sampled through roughly half of the nominees and each one is stellar. My personal vote goes to Anvil Bar & Refuge in Houston, but how dare anybody make me choose that over The Cedars Social in Dallas, Cure in New Orleans, New York’s Pegu Club, or Clyde Common in Portland. Add to that Abbott’s Cellar, the beer bar in San Francisco that has changed everyone’s concept of a beer and food pairing restaurant. Superb nominees abound, many of whom caught me by surprise. It’s great to see Laura Sawicki’s desserts receive critical praise at La Condesa in Austin, TX. The “Outstanding Chef” category presents powerhouse name after powerhouse name, so it’s great to see Vitaly Paley of Paley’s Place, Imperial, and The Penny Diner in Portland, OR nominated amongst the David Chang’s, David Kinch’s, and Marc Vetri’s. In the end, my vote goes probably has to go to Tyson Cole of Uchi in Austin, TX and Houston. It’s a revelation what his restaurants are doing with Japanese inspired cooking.

“Outstanding Restaurant” certainly veers towards the “new” classics that aren’t the most fascinating or hottest places in towns, but that are reliable for special occasions. Vincent on Camelback in Phoenix provided a fine experience, but hardly one that will go down as one of the year’s best meals. The same for Greens in San Francisco or Jaleo in Washington D.C.. However, these are all still terrific restaurants, just not “best picture” quality. My vote here goes to one of my favorites of the past decade, Ana Sortun’s Oleana in Cambridge, MA. 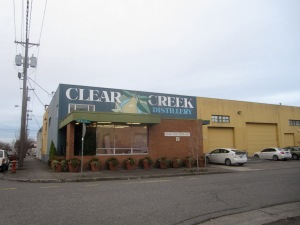 I would love to see one of the country’s darling distilleries such as Del Maguey Single Village Mezcal or St. George Spirits or Clear Creek Distillery take home the “Outstanding Wine, Spirits, or Beer Professional” Award to signal just how important the spirits makers have been to our cocktail renaissance. I am surprised to see so few craft breweries nominated. I guess that’s what the GABF’s in Denver are for each year.

Lots of wonderful nominees in the “Rising Star Chef” category, though many of them have been stars already for several years (Thomas McNaughton, Blaine Wetzel, and co.) Danny Bowien of Mission Chinese Food in San Francisco and New York is as close of a Daniel Day-Lewis slam dunk favorite as you can get here.

In the regional categories, you can do lots of knit picking (Los Angeles always seems to be slighted versus San Francisco), but lots of terrific nominees everywhere. Great to see Teiichi Sakurai, the soba master at Tei-An in Dallas get deserved praise in the Southwest and Jose Enrique of San Juan, Puerto Rico join the Southeast nominees.

Only “Outstanding Service” continues to befuddle me tremendously, always the joke category for the Awards. Years after Eleven Madison Park of New York won (over a decade ago) the same year I had chocolate sauce unceremoniously spilled all over my lap instead of the intended center of a chocolate souffle with the waiter not noticing the entire time. How Biga on the Banks in San Antonio is a nominee will always be a secret. It’s probably a fluke. Pacing was all over the place during my meal, the waiter tried harder than a real estate agent to upsell the tasting menu to my table, and the same waiter felt compelled to inform me that he is a master sommelier (but didn’t know how to pronounce the term) and to explain where the Bordeaux wine region was (Southwest Italy?). It isn’t remotely in the same tier as a Meadowood, a Quince, or a Del Posto. Then again, it would be boring to nominate Le Bernardin and The French Laundry every year. Hey, the Oscars almost always nominate Meryl Streep!

The big beef this year came from Pete Wells of The New York Times. Mr. Wells was a part of the nominating committee for the Awards when there was a sentiment that New York restaurants were over- nominated. Now, Mr. Wells feels that New York is under-represented, especially with just one best new restaurant (Empellon Cocina) and it isn’t even The NoMad.

It is clear, as Mr. Wells points out, that geographic diversity is intended in the national categories. It would be a dull national awards to have half of the best new restaurants come from New York, though you could certainly argue ten of the new restaurants in New York could win that category.

So what shall the James Beard Awards do? What should the Awards be? They’ll never be 100% correct, much like the critically adored “San Pellegrino Top 100 Restaurants” list, unless judges dine at every restaurant. That’s almost impossible and certainly not the wisest use of financial resources. Perhaps each semifinalist category has its own subcommittee like Visual Effects and Foreign Film do for the Oscars, where at least there is a legitimate winner from the final ten or so nominees. How about hire critics (such as yours truly) to dine at every restaurant that local critics say we should sample (this is my dream James Beard Awards) and then we ourselves choose because obviously our opinions are most correct? 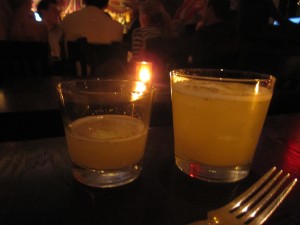 In short, nobody can say who is really a “best” restaurant. Restaurants are very personal, that’s why we’re so passionate for them. There certainly should be and will be some continued tweaking of the James Beard Awards. However, I’d much rather have the best ten nominees from ten cities than seven equally or better nominees from New York or San Francisco. The latter is just more boring despite being more “accurate.”

When the James Beard Awards are announced May 3rd and 6th in New York, we will be celebrating the art of restaurants and the people behind them. We won’t be roasting the nomination process, it’s not broken enough to do so. The nominees deserve to be celebrated. I personally would have no problem dining at the venues of any of these nominees. I think Mr. Beard would have no problem either.